Edwards Lifesciences exercised a 2015 option to buy Harpoon, a spin-off from the University of Maryland's School of Medicine, for $100m up-front and up to $150m more in milestones, to add Harpoon's beating-heart mitral valve surgery technology to its growing pipeline of transcatheter and surgical mitral valve repair and replacement devices. The deal also validates the investing approach of Epidarex Capital, one of Harpoon's early investors, which looks for early-stage medtech opportunities in the Mid-Atlantic states. 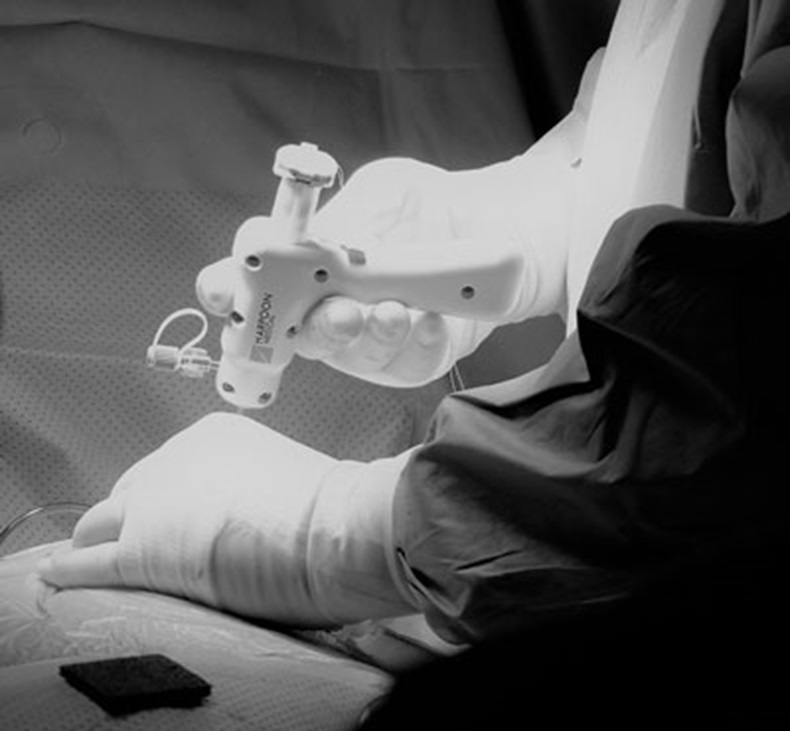 Under the terms of the merger agreement announced Dec. 7, Edwards paid $100m in cash for Harpoon at closing on Dec. 1, and has agreed to pay up to $150m more in milestone payments over the next decade. Edwards obtained the option to buy Harpoon as part of an undisclosed investment in Harpoons Series B round of funding in December 2015. (Also see "Harpoon Medical: Beating-Heart Mitral Valve Repair" - Medtech Insight, 14 Jul, 2015.)

The Harpoon system is a tool that allows for echocardiography-guided, minimally invasive surgical repair of regurgitant mitral valve. Using Harpoon, a surgeon can access the patient's left-ventricle through a small incision and anchor expanded polytetrafluoroethylene sutures running from the valve leaflet to the ventricle wall parallel to the chordae tendineae and then adjust the tension on the sutures to stabilize the prolapsed mitral valve leaflet and restore the valve's coaptation and function, according to Harpoon.

"The benefit of [Harpoon's] technology is to be able to streamline the [mitral] repair procedure for more consistent outcome," Edwards' Corporate VP for Surgical Heart Valve Therapy, Bernard Zovighian said during Edwards investor conference on Dec. 8. "From a patient standpoint, this is a big deal too. Today, open heart surgery is obviously heavy with long recovery time."

Once it reaches the market, the Harpoon system will cost about $20,000 including training surgeons to use it. Zovighian believes the system will be cost-effective at this price because, minimally invasive surgery reduces downstream costs compared to open-heart surgery. Traditional open mitral valve repair surgery is a complex procedure only performed by a small group of expert surgeons and requires cardiopulmonary bypass, an open sternotomy and a long hospital stay for the patient, he explained. By contrast, the minimally invasive, beating-heart repair procedure does not require bypass and requires only a small incision, so the patient recovery-time is shorter.

Zovighian estimated that that 30,000 of the 110,000 mitral valve surgeries performed annually in the US, Japan, and Europe could be performed with Harpoon. The most similar competitor is NeoChord Inc.'s NeoChord device, but Harpoon believes their system will be competitive with NeoChord because it is smaller and easier to implant.

The company expects the Harpoon system to earn a CE mark soon to be available commercially in Europe in the second half of 2018. During the first half of 2018, Edwards will build its team in Europe supporting Harpoon and then run training programs to teach surgeons how to use Harpoon before launching it into the market.

Harpoon is part of Edwards' plan to grow its surgical heart valve business 2% to 4% over the next year, Zovighian said. "Our pipeline is very much aligned with patient needs that will remain in surgery. We have the right platform, the right strategy, the right pipeline to deliver true benefit the patient and to have a successful business."

The CE mark is supported by the results of a trial in which echocardiography-guided minimally invasive surgery with the Harpoon system successfully treated severe mitral valve regurgitation in 27 of 30 consecutive patients enrolled in the trial, and 22 of those patients had no more than mild regurgitation six-months later. James Gammie, the surgeon at the University of Maryland School of Medicine that invented the Harpoon system and co-founded the company, presented the results of the trial were presented by Harpoon's at the TCT Conference in Denver and they were simultaneously published by the Journal of the American College of Cardiology on Nov. 1

Edwards Adds To Wide Range Of Approaches To Mitral Repair

Harpoon is a minimally invasive surgery device that complements Edwards pipeline of transcatheter mitral and septal valve repair and replacement technologies, which now includes at least six technologies at various stages of development, and is one of the company's top R&D priorities.

Harpoon was started by Gammie and Bill Niland, who met when Gammie performed a successful beating-heart aortic valve repair surgery on Niland's mother in 2010. The two formed Harpoon in 2013 to develop Gammie's invention, the device that would become the Harpoon system.

Epidarex was among Harpoon’s first supporters after it was spun-out of the University of Maryland School of Medicine and founded in 2013. Epiderix led the $3.2m Series A funding along with the Maryland Venture Fund and the Abell Foundation. ([See Deal]) The venture firm was founded in in Bethesda, Maryland and now has eight people and offices in Edinburgh, Scotland, and Tokyo.

Managing partner Kyparissia Sirinakis, based in the Maryland office, told Medtech Insight that Harpoon is an example of an early-stage investment that may have been overlooked by other investors because many VCs are reluctant to invest in early-stage medtech right now.

"We are very passionate about this thesis that true early-stage investing in the life-sciences sectors where there are not a lot of investors doing old-fashioned, early-stage investing," she said. "We are company-builders. So we will often take companies out of universities or actually spinning them out of corporations, and also setting-up companies themselves." Epidarex is confident that the Harpoon system can take market-share in the mitral repair surgery segment because it is "a very elegant solution for a real problem and the clinical results have been fantastic," Sirinakis said.

Sirinakis said that Edwards was one of the companies she talked to when Epidarex was first considering investing in Epidarex – "We made sure this was on their map." When the Series B round was coming together, Medtronic and Boston Scientific also showed interest, but Edwards negotiated the best deal for Harpoon, which included an option to acquire it. "We thought it was a really capital-efficient way to get to a potential exit and utilize their money to do the CE mark trial," she explained.

Epidarex was especially well-placed to work with Harpoon early in its development because it maintains so many relationships in the lifesciences community in the mid-Atlantic region, an area that not many VCs are familiar with, compared to, for example, the Massachusetts, Minnesota, or Northern California, Sirinakis said.

"We fundamentally came together to take advantage of what we think is a real opportunity – certainly in this region as well as other areas of the country – where there's really not a lot of venture capital, but a lot of great deals – a lot of fantastic, world-class universities. But there just isn't as many venture capitalists fishing in those areas," she said.

"Maybe it comes from our background, coming out of the angel-investing world, but the ability to go and sit and work with the portfolio companies, because we come in so early, [allows us] to be very hands-on," she said. "Being able to drive the forty minutes to sit with the Harpoon guys, for example, to review things and really be an active member of the team is very important, especially very early in these companies lives. And we think it's important to work closely with the universities and the [local medtech] ecosystem."

"We have so many opportunities to help shape, and give feedback to, the community, which we think is really important, because some of the technologies are world-class." For example, Sirinakis said she first met Gammie before Harpoon was spun-off from the university when she was speaking at small round-table seminar on raising money for start-ups, and he later told her that that seminar helped form Harpoon's early approach to seeking investors. And Epidarex' partners also maintain ongoing relationships with university tech transfer offices "which are often under-resourced."

"We look at medtech in general as under-ventured, because where we play in that early equity-funding gap, its often that you can get the angel investors in, but to get the money to do the early feasibility trials [is difficult]," Sirinakis said. Even in the medtech hotbeds around Minneapolis, Boston, and San Francisco, it is harder for small medtechs to find venture funding for early stage technologies than it is for early-stage pharmaceutical or biotech companies and even corporate investors are struggling to find co-investors to complete deals for early medtech companies, she said.

"There's a bit of a misperception that the exits are not as large. And there are a lot of risks. There's the regulatory risk on top of the reimbursement risk," she said. "There's also a little bit of a misperception that corporate buyers in the medtech space aren't going to come in very early, they're not going to pay too much, and then you're going to struggle to get reimbursement."