Results of the CASTLE AF trial, comparing catheter ablation to conventional treatment in patients with left-ventricular dysfunction and atrial fibrillation, could boost demand for atrial fibrillation ablation devices. That data will be presented at the European Society of Cardiology congress on August 27, also featuring the results of REVEAL AF, a trial of minimally invasive prolonged electrographic monitoring for AF. Also, results from the SPYRAL HTN OFF-MED may show if renal denervation has a future as a treatment for hypertension 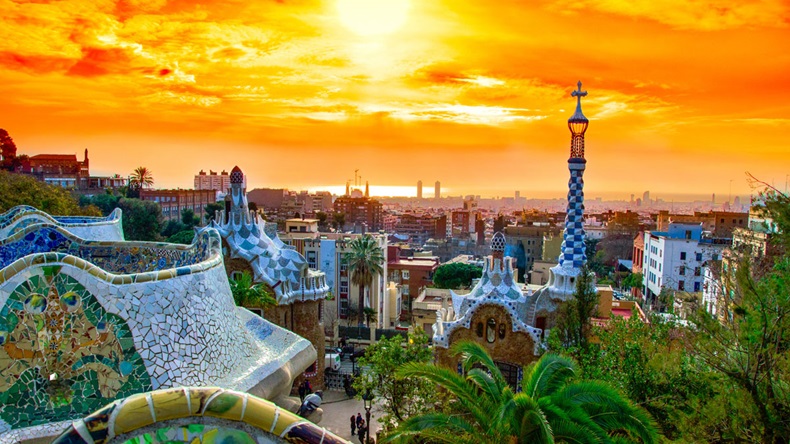 Drug trials will likely dominate the news coming out of the European Society of Cardiology Congress in Barcelona August 26-30, but the meeting will also feature presentations of data from device trials that have the potential to change clinical practice.

One example is the CASTLE-AF trial, which is comparing catheter ablation to standard conventional treatment in patients with left ventricular dysfunction and atrial fibrillation. Nassir Marrouche of the University of Utah in Salt Lake City will present results from the 398-patient Biotronik-sponsored studyduring a Late-Breaking Clinical Trials session August 27.

CASTLE-AF began nearly ten years ago, randomizing patients with left ventricular dysfunction and atrial fibrillation to conventional medical treatment or pulmonary vein isolation ablation with a radiofrequency ablation catheter. The primary endpoint of the trial is the composite of all-cause mortality or worsening of heart failure such that it requires an unplanned hospitalization using a "time to first event" analysis. The secondary endpoints include all-cause mortality, cardiovascular mortality, cerebrovascular accidents, and worsening of heart failure requiring unplanned hospitalization.

"There’s a better than 50% chance CASTLE-AF is positive," Wells Fargo analyst Larry Biegelsen wrote in an August 9 research note. He explained that results showing the superiority of AF ablation to conventional therapy in this population could accelerate the growth of the AF ablation device market, which would especially help Abbott Laboratories Inc., Boston Scientific Corp. , Johnson & Johnson, and Medtronic PLC. AF device sales represent about 5% of Abbott's revenues and between 2% and 3% for Boston Scientific, Johnson & Johnson, and Medtronic.

"It’s worth noting that AATAC started in 2008 and completed in 2014, whereas Castle-AF started in 2007 and completed in 2017. Some clinicians with whom we have spoken expressed concerned that the ablation results in Castle-AF could suffer because ablation techniques have evolved since 2007," Biegelsen notes. "Given this, it will be important to see how patients with a successful ablation procedure in Castle-AF did compared to those who didn’t have a successful procedure because this will shed light on whether technique played a role in the results."

Rolf Wachter from Universitätsmedizin Göttingen in Germany will present results of the REVEAL AF trial during a poster session at the ESC congress on August 26. The results will also be simultaneously published in the Journal of the American Medical Association.

On August 28, Michael Böhm of the Universitätskliniken des Saarlandes in Germany will present results from the SPYRAL HTN OFF-MED trial, which is comparing renal denervation using Medtronic's Symplicity Spyral multi-electrode renal denervation system to a sham procedure in patients with uncontrolled hypertension.

The purpose of the SPYRAL HTN OFF-MED is to assess of the efficacy and safety of renal denervation in the absence of antihypertensive medications.

Biegelsen wrote, "We expect SPYRAL HTN OFF-MED to show the true biologic effect of renal denervation." He expects the SPYRAL HTN OFF-MED results to show a benefit from renal denervation because Medtronic has scheduled a satellite symposium and an investor event following the presentation at ESC. Also, the trial investigators expanded the trial from 120 to 170 patients in June. "We doubt MDT would continue the study if the results from the initial 120 patients were negative and Medtronic has indicated that they are moving to a pivotal trial," Biegelsen points out.

He also notes that Boston Scientific is sponsoring the REDUCE HTN REINFORCE trial with of itsVessix renal denervation device, with a similar trial design as SPYRAL HTN OFF-MED. That trial is scheduled to be finished in about six months.

Renal Denervation Round 2: Medtronic, Boston Sci Move Ahead With Studies