US firm 4C Medical Technologies is developing a unique solution to mitral regurgitation that sits outside the valve and takes advantage of the native valve's remaining function while preventing mitral regurgitation. The Minnesota-based start-up is currently funded by angel investors and "friends and family," but expects to raise a $15m Series B round in early 2018. 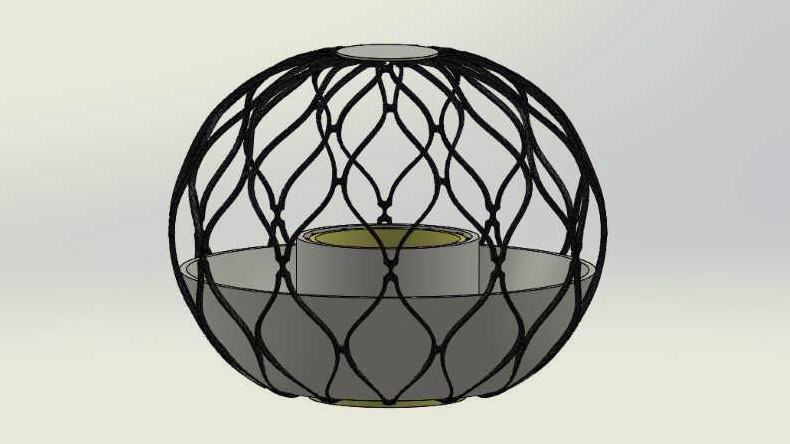 4C Medical Technologies is addressing the unique problems of dysfunctional mitral valves with a device that sits in the atrium rather than within the valve annulus itself, which will hopefully allow it to last longer and avoid many of the complications faced by other minimally invasive mitral valve replacement technologies.

The mitral valve is more challenging to address than the aortic valve currently addressed by a variety of transcatheter devices because the mitral valve has an asymmetric shaped, 4C CEO Robert Thatcher explained to Medtech Insight. "It's not a cylinder so it doesn't fit nicely and the ventricle is generating huge forces, so having it stay in place when the ventricle contracts and pushes blood into the aorta is a big deal because it wants to just pop the valve out place."

Financing to Date: About $3m

4C's yet-unnamed device is a flexible self-expanding, laser-cut metal stent "ball" frame around a bovine pericardial tissue valve, and a fabric-sealing skirt. It can be delivered through either a trans-apical or trans-septal catheter intervention and sits entirely in the heart's left atrium, outside the annulus of the valve with only "atraumatic fixation." The ball's dimensions maximize atrial apposition while minimizing the disruption of blood flow and epithelial tissue injury. The geometry mains the systolic "flush" cycle and minimizes the risk of stasis, while the radial force of the implant keeps it in place while preserving atrial compliance.

"Those are the [solutions to] technical hurdles that we're working to demonstrate," Thatcher said. The company has already had informal meetings with US FDA to plan the first-in-human feasibility trial and will soon enter formal talks with the agency. It plans to start clinical trials in the US by the end of 2018.

Philippe Généreux, of Columbia University in New York, presented a summary of 4C's pre-clinical development at the Transcatheter Valve Therapies conference in Chicago on June 14. He said that, so far, 10 of the 4C devices have been successfully implanted in animals with no paravalvular leak or embolization. The device has proven feasible in two 30-day chronic animal tests, demonstrating good hemodynamic function with no paravalvular leakage, device migration, embolization or thrombus. Also, the animal tests have shown that the device's stent-frame endothelializes within the atrium with no occlusion of the pulmonary veins.

Thatcher said that, as with the early development of transcatheter aortic valves, the first subjects enrolled in trials of this mitral technology will be people with severe mitral regurgitation who aren't candidates for surgery. They are "the sickest of the sick, who don't have an option, so this is literally life-saving technology for them," he said. Future trials will expand into patients with moderate mitral regurgitation who are not surgical candidates and then, perhaps, into patients who are surgical candidates, but who are expected to have better results with a less-invasive approach.

The Twin Cities-area, Minnesota company is has almost closed its series A round of $8m, which it raised from "family and friends" and angel investors. The B round of financing, which will be include venture capital investments along with strategic investments from other device companies will total about $15m and hopefully be closed in early 2018, Thatcher said. The company will need at least some of the round B money to support clinical trials, he said.

So far, many of the technologies developed for minimally invasive treatment of mitral regurgitation in heart failure patients rely on "really draconian fixation methods - hooks barbs and tethers to hold the valve in place," Thatcher explained. "And because of the unique shape and size of the valve, they are limited on how many patients they can treat right now in their feasibility studies because one valve doesn't fit all and because they have these fixation technologies that go down into the ventricle, and once you start going into the ventricle, you start to create other problems."

For example, the cusps of the mitral valve are tethered to the papillary muscles by inelastic chordae tendineae, which can easily be damaged, and the scientific literature on mitral surgery shows that damage to the chordae tendineae frequently leads to negative remodeling of the ventricle, which can be catastrophic for patients already in heart failure. Mitral valve replacements that sit in the mitral annulus can also cause left-ventricular outflow tract obstructions, which constricts the blood flow into the aorta.

"What makes us different and highly disruptive is that our device is 100% in the left atrium so it resides above the native annulus and because it's above the native annulus we don't need to be concerned about that unique shape of the mitral valve," Thatcher explained. "We don't have to worry about fixation in the ventricle or chordae tendinae damage or LVOT obstruction, so it is truly new and novel and it eliminates all of the other clinical issues and technical issues that everyone else is facing, by design."

4C's technology leaves the native valve intact to continue taking some of the work-load even though it's not functioning optimally. This reduces the stress on the implant compared to devices that take all of the work-load off the native valve, and therefore should allow the device to be more durable and last longer than most mitral valve implants, Thatcher predicts.

"We're seeing now that aortic valves fail after 'x' number of years because they're taking the full work," he said. "Wouldn't it be great if the native valve, even though it's not fully functional, could extend the life of our device by 'y' number of years over the life of the technology? It's not proven yet, and won't be until we have it in humans, but it's one of the benefits we think we'll have."