The US agency sends mixed signals by agreeing to accept more summarized Medical Device Reports under an upcoming law, yet ignoring a similar, watered-down requirement found in a 2007 congressional act. Two top industry attorneys weigh in. 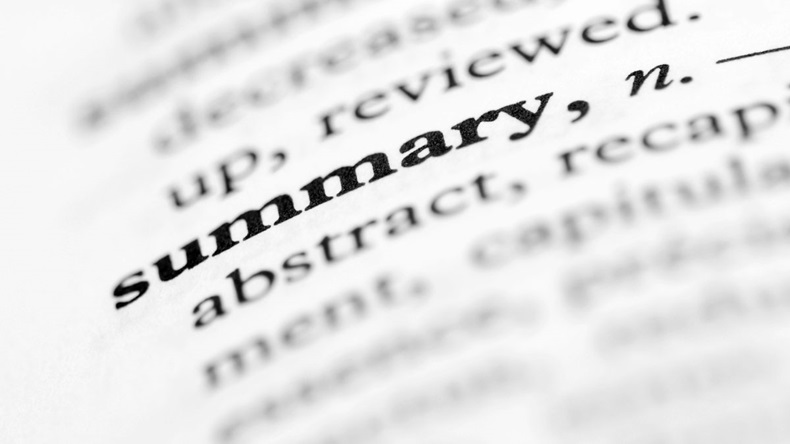 US FDA appears to be embracing an increase in summarized Medical Device Reports from industry under the upcoming MDUFA IV user-fee agreement, while turning a cold shoulder to a more watered-down summary report requirement found in a decade-old congressional act.

FDA and industry groups came to an agreement on the MDUFA IV commitments and user-fee structure this summer. (Also see "MDUFA IV Takes Shape: A Catalogue Of Draft Commitments" - Medtech Insight, 29 Aug, 2016.) The commitments will be paired with reauthorization legislation that Congress must pass later this year in order for the device user-fee program to continue.

FDA seems to be of two minds when it comes to summary MDR reporting.

"For most, if not all, device procodes, FDA will permit manufacturers of such devices in those procodes to report malfunctions on a quarterly basis and in a summary MDR format," the MDUFA letter confirms. "FDA will publish the list of eligible device procodes within 12 months of receiving a proposed list from industry."

The list of devices eligible for summary reporting will include high-risk class II and class III products, and be maintained on FDA's website. Devices that fall under a procode in existence for fewer than two years might, however, not be allowed to report in summaries; that will be left to FDA's discretion. Further, events that involve a death cannot be filed in summaries.

"The agency has been moving toward less pre-market information and more post-market information so it can get innovative devices to market quicker. FDA is asking for less data upfront and more data on the backend," explained Sonali Gunawardhana, a former FDA device center regulatory counsel who is now an attorney at Wiley Rein.

"When FDA gets MDR summaries, it kind of gives FDA more of an idea of exactly how a device is working once it’s been deployed into the field," she told Medtech Insight. "That’s why the agency is asking for summaries: to give FDA a more comprehensive understanding of how the device is working every day."

In any given year, more MDRs are reported to FDA individually than in summaries. For example, nearly 1 million MDRs – 967,839 – were sent to the agency individually in 2015, while only 442,002 were sent as part of the Alternative Summary Reporting Program. (Also see "Adverse Events Stack Up At FDA; 2016 Warning Letter Data Show Troubles With MDRs, Complaints" - Medtech Insight, 11 Oct, 2016.)

Although adding more summary reports might have the effect of reducing the overall total number of adverse event reports, Gunawardhana said that doesn't mean the agency will be working with a tightening pool of information.

"I don’t think of summary reporting as FDA getting less information about adverse events; rather, I think of it as FDA gaining more comprehensive information," she said. "Because when you get individual reports, sometimes there might be outstanding issues as to why they're considered to be MDRs – issues that are not necessarily related to the device itself.

"But getting that summary information, where the company has performed an evaluation of the data it has selected based on its device, gives the agency a better understanding of how that device is working in the real world, rather than looking at one-off individual reports," Gunawardhana added. "It helps FDA decide whether that product should still be in the marketplace, or whether FDA should issue some cautionary information to health-care providers or practitioners."

The Food and Drug Administration Amendments Act (FDAAA) instructed FDA to accept quarterly summary reports for certain devices, but the agency has flouted that requirement for 10 years.

She said summary MDR reporting likely helped FDA spot a trend of problems related to improperly cleaned duodenoscopes and endoscopes that led to the deaths of at least 10 patients between 2013 and 2015. (Also see "Duodenoscope-Makers Ordered By FDA To Conduct Sec. 522 Postmarket Surveillance Studies" - Medtech Insight, 5 Oct, 2015.)

"Having all of that information come into the agency – the summaries of, 'Hey, we’ve had so many events at so many different hospitals, and people have gotten sick from it,' allowed the agency to more quickly put out information that there was a serious health issue," Gunawardhana said.

But FDA seems to be of two minds when it comes to summary MDR reporting.

Long before MDUFA IV, the Food and Drug Administration Amendments Act of 2007 (FDAAA) instructed the agency to accept quarterly summary reports from makers of all class I devices, and class II products that aren't permanently implantable, life-supporting or life-sustaining.

Despite the low risk of the products fingered by FDAAA for summary reporting, the agency has flouted that requirement for 10 years with little explanation.

"I don’t think, even if FDA is in violation of the FDAAA, that any court would say, 'Hey, you guys made the wrong decision,'" attorney Gunawardhana says.

"FDA basically said, 'We think everything needs to still be reported on an individual basis, so we're just not going to do that.' And so, FDA hasn't done it. And FDA keeps saying, 'Oh, maybe we will in the future" – but the agency won't follow that FDAAA directive," attorney Jennifer Newberger of the law firm Hyman, Phelps & McNamara said in an interview.

"I think the fact that FDA hasn't done it yet shows that it's really afraid of not learning about a device problem that it thinks it needs to know about that would come through in an individual report," Newberger said.

Through its actions, FDA might be signaling for more individual and summary reporting.

"The agency wants to know about those individual reports, but it also wants to know what the firm found out after its investigation, based on the total sum of the thing, and basically what the company has done to mitigate the problem," Gunawardhana said.

"That’s why it’s twofold. The agency does want the individual reports, because individual reports, if they are grave enough, the agency will step in immediately and say, 'You need to do a recall. We don’t want five people getting injured before you do something,'" she said. "For example, there are condoms that are in class II, and if you had a situation with a condom and there was some kind of outbreak, then yes, I can see why the agency would say, 'We need to have that information right away.'"

Gunawardhana pointed out that courts have always deferred to FDA when it comes to decisions about protecting public health.

"I don’t think, even if FDA is in violation of the FDAAA, that any court would say, 'Hey, you guys made the wrong decision,'" she said.

"FDA is kind of flexing its regulatory muscle here and saying, 'We still want the individual reports because that could lead to a recall, and we want to know about it. But we also want the summaries, because the summaries give us a better idea of the problems that are associated with this device, and whether they’ve been mitigated or whether they’ve not been mitigated. And what we need to do as an agency is to put out an alert. We may need to ask the company to do a recall.'"

Stakeholders To FDA: It's A Bad Idea To Ask For More Adverse Events In Quarterly Summary Reports

Adverse Events Dip Slightly In 2016; MDR Summary Reporting To US FDA Ticks Up