The last month of 2016 saw a final flurry of medtech M&A activity as companies rushed to seal deals before the New Year arrived. Medtech Insight's M&A data tracker recorded twice as many deals in December compared to the previous month, but that was not enough to boost the year's tally, which fell behind 2015. 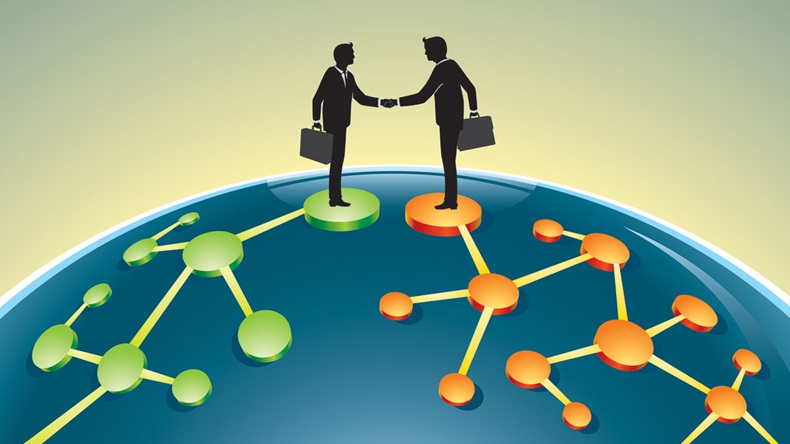 A final flurry of activity in December rounded off 2016 with a tally of 174 medtech M&A deals, a year-on-year decline from the 237 deals tracked by Medtech Insight in 2015 and 269 in 2014. But while total deal volume in 2016 waned from previous years, 2017 could signal a potential bounce-back.

The changing political landscape in the US could have a weighty impact on domestic M&A activity, according to Mick Cooper, analyst at boutique research firm Trinity Delta. "It all depends on whether Donald Trump pushes through repatriation of money to the US from overseas," he said. "If he does, that could lead to more M&A activity in the US this year, but we will have to wait and see what policy changes he brings in."

Conversely, if money is redirected from Europe back to US soil, this could have a "long-term negative" impact on the European health-care sector, Nick Keher, director of health-care equity research at RBC Capital in London, told Medtech Insight shortly after the US presidential election in November. (Also see "Trump's Triumph: Markets React, But 'Wait-And-See' Approach Advised For Medtech" - Medtech Insight, 9 Nov, 2016.)

Cooper added that 2017 could see the return of big-bucks deals, including the potential acquisition of orthopedics giant Smith & Nephew, which has long been dogged by rumors of an acquisition by Stryker.

He added that there may be continued interest in modest acquisition targets: "The big companies always need new ideas that come out from small companies so they're always looking for bolt-ons to revitalize their portfolios."

"In 2017 we could see French companies like Vexim, Spineguard and Medicrea as targets for acquisitions. All of these companies have interesting niche products that, depending on their sales traction, could get snapped up to add on to bigger companies' portfolios. However, they also don't have the type of portfolios that can reinvigorate a franchise. Sports medicine is also one sector that is really growing, so companies in this realm are attractive targets for acquisition in 2017."

Indeed, 2016 saw interest in bolt-on deals from big players. British company Phagenesis entered into a staged acquisition by Nestlé Health Science. The company, which was formed in 2007, has developed a device for the treatment of dysphagia, which is the inability to swallow. (Also see " INTERVIEW: Phagenesis stroke benefits not hard to swallow " - Medtech Insight, 27 Feb, 2014.)

2016 saw 11 billion-dollar acquisitions, compared to 18 in 2015. However, despite deal value and volume dipping in 2016, the year saw one blockbuster transaction with Abbott Laboratories Inc. tabling a $25bn deal to acquire St. Jude Medical. The agreement, which had been set to close before the New Year but was completed on Jan. 4, was thebiggest transaction to be inked in 2016. It topped the winner in 2015 – Pfizer Inc's $17bn takeover of Hospira Inc. However, neither 2016 or 2015 could match the might of 2014, which saw Medtronic's mega $42.9bn buyout of Covidien Plc. The latter remains the largest M&A transaction in medtech history.

In addition to St. Jude, Abbott had another acquisition in the pipeline, a $5.8bn deal for IVD group Alere Medical Inc., which was signed early in Jan. 30. However, the merger soon hit the brakes after a series of financial and regulatory errors by Alere surfaced. (Also see "Alere Sues To Compel Completion Of Abbott Merger" - Medtech Insight, 30 Aug, 2016.) The two companies are embroiled in a legal wrangle, with Abbott filing a suit on Dec. 7 in Delaware Chancery Court, claiming Alere’s missteps made finalizing the merger impossible. (Also see "Abbott Steps Up Effort To Abandon Alere Deal" - Medtech Insight, 7 Dec, 2016.)

IVD companies continued to be the medtech space's most popular target for acquisition with 38 IVD deals in 2016, compared to 48 deals in 2015. Orthopedics proved to be the next most popular medtech sector with 17 deals. This was a rise on the 13 orthopedic deals made in 2015, and mainly due to major spending sprees by orthopedics giants Stryker and Zimmer Biomet. However, although cardiovascular remained as one of the most popular sectors, deal volume dipped from 23 in 2015, to 10 in 2016.

On the whole, M&A deal activity stayed relatively consistent in 2016 compared to 2015. Cardiovascular, imaging and surgery all continued to be the more popular sectors for consolidation.

As for the year's biggest shoppers, Stryker and Zimmer Biomet both snatched the crown from Medtronic, which earned the title in 2015. The two ortho-players scored eight acquisitions apiece, one less than the nine Medtronic bought in 2015.

However, Medtronic still did some spending in 2016, adding five companies to its business, while Boston Scientific followed with four acquisitions under its belt, including a $75m cash deal at the end of the year to buy Canadian biological tissue business Neovasc.The company will be integrated into Boston Scientific's structural heart business for use in the manufacturing of its Lotus Valve System.

But can 2017 meet hopes for a market boom? It may shape up to be a positive year for the US medtech market depending on President-elect Trump's policy changes. In Europe, the year will be punctuated with several key elections across the continent, including in France, Germany and the Netherlands, that could cause turbulence in the markets. Plus, if US threats of cash repatriation ring true, then European companies may find themselves looking to the Asian markets for revival.