Notified bodies in the EU are increasingly measuring manufacturer compliance with the clinical evaluation requirements in the Medical Devices Directive and Active Implantable Medical Devices Directive based on the latest, and most stringent version of the new European clinical evaluation guidance document, Meddev 2.7/1 revision 4, dated June 2016.

This latest revision of the guidance document is much more prescriptive than its predecessor. Moreover, it anticipates many aspects of the future Medical Devices Regulation (MDR), and many of its requirements will ultimately become law.

The result is that many notified bodies are already requiring manufacturers to provide much more robust clinical data, both in the pre- and post-market phase, and some in industry are finding this tough to handle. This picture emerged at the recent Annual Regulatory Conference of the UK Association of British Healthcare Industries (ABHI).

Notified bodies have had to up their game: designating authorities are expecting notified bodies to act with increased stringency when assessing clinical data.

What The Meddev Guidance Says About Equivalence

Some at the meeting, held in London on September 28, questioned whether notified bodies are going too far in measuring companies’ efforts to produce clinical data against this new document, especially as the guidance does not have a legal basis. Moreover, the latest version of the guidance document is a big step up from its predecessor and, after just four months, industry has not had much time to adjust.

All this is increasing the costs and time it takes for manufacturers to meet clinical requirements. Some even suggest that companies may start to enter the market first via the US rather than the EU because of these tough new EU challenges.

Both Halliday and Penver agreed that the benefit for manufacturers of complying now with the wording of the latest guidance document is it will help companies comply early on with many of the clinical data requirementsof the forthcoming Medical Devices Regulation.

Some notified bodies, it seems, are already measuring their clients against the June version of the guidance document, while others are taking steps toward that approach.

“It seems this document is being used as de facto legislation that we have to comply with,” the delegate asserted. He was not the only one to voice such a concern.

Maria Donawa, president of Donawa Lifescience Consulting, argued that the new guidance document revision is a complete rewrite compared to its predecessor and that it contains “new instructions to manufacturers that are very detailed and not so easy to follow.” When told there was no transition period to the new document, she retorted that, in practice, there will be one. "The transition period will be how well companies are going to comply with the guidance document and how well notified bodies understand how to look at how they comply with the document."

Others questioned what clinical evidence requirements will be expected for CE marked products that are already on the market with a good safety record over several years, but where the clinical evidence is not in line with the requirements of the new Meddev guidance. Will these require new clinical studies, or specific post-market clinical follow-up? And what will satisfy the notified bodies?

Phi Brown, director, technical and regulatory at ABHI, said he assumed that the post-market clinical data plans will also be audited by notified bodies to ensure the data are robust and accurate, and appropriate.

Speaking as a representative of a notified body, Halliday voiced how challenging it is for notified bodies to know how best to proceed. “There won’t be any help coming from the member states or the [EU] Commission on guidance. It has been left to the notified bodies," she observed. But BSI is already assessing against the new guidance document.

What The MDR Says On Equivalence And Avoiding Clinical Investigations

Manufacturers of implantable and class III devices do not have to perform a clinical investigation if:

The MDR also states that clinical investigations will not be necessary for a class III or implantable if:

In this case the notified body has to check that the post-market clinical follow-up plan is appropriate and includes post-market studies to demonstrate the safety and performance of the device.

In cases where a manufacturer of an implantable or class III device has a device demonstrated it to be equivalent to an already marketed device that is manufactured by a different company, the manufacturer may rely avoid performing a clinical investigation provided that it meets the above requirements in addition to the following conditions:

Penver, meanwhile, seemed optimistic about the value of the latest guidance document. If you start working with the new Meddev, it will take you some way toward complying with the new regulation, he told the meeting.

He explained that under the forthcoming new MDR, notified bodies must assess against the best guidance document available. “If we don’t audit against it, then when the commission audits us, it will ask why we are not auditing against 2.7/1 rev 4."

But none of these arguments were enough for Dario Pirovano, senior regulatory adviser with the industry trade association Medtech Europe. While it may be true that the guidance document helps prepare companies for the MDR, the MDR has a three-year transition period, he emphasized at the meeting.

“We would like to seek reassurance,” he asserted, “that there will not be a formal application of this document as if it is already law three years before the time you will be compelled to follow these requirements."

One area in particular where there is a desire for more clarity, based on discussion at the ABHI meeting, is the issue of demonstrating clinical equivalence to another product where the clinical data has been accepted.

Penver noted that notified bodies have been trying to interpret equivalence requirements for the last two to three years when it comes to high-risk devices, and that the latest guidance document introduces greater clarity around this, rather than introducing new requirements. Meddev 2.7/1, rev 4, also provides a clearer definition of what clinical evaluation is needed for lower risk devices, he added.

He noted that LRQA is seeing clients who claim equivalence, but when new information comes in, the notified body sees that the clinical equivalence data is no longer sufficiently robust under the new Meddev requirements. They may then not be able to get a contract in place with the “equivalent” manufacturer, he said.

In such cases, Penver said, the notified body would want to scrutinize the company’s post-market surveillance system and data to be able to justify the product remaining on the market. He was responding to questions from the floor expressing concern that well-established products on the market with evidence that would be considered inadequate under the new guidelines would need to be pulled from the market.

Halliday, meanwhile, suggested that BSI would not need to look for a contract at this point in time, but would have to be sure that the company had access to the necessary information to claim equivalence. “It can come from registries, publications etc, as long as we get to challenge the robustness of your access to that information. We are looking for some evidence of the safety and performance of the product,” she added.

“I think it is a mistake not to consider any clinical data collected on any patients anywhere in the world,” Halliday said, noting that the Meddev allows companies to explain to notified bodies how data collected in other markets count. But when it comes to vigilance as a data source, Halliday believes, “Europe is far, far behind many countries in the world in terms of being able to interpret vigilance data.” Nevertheless, there is data out there, she said, and whatever its origin, the notified body will consider it.

Historic data may also be useful. “It’s still good clinical data if it was done in accordance with requirements at the time," she noted.

Halliday suggested that companies ask themselves whether they have adequate plans in place to be able to demonstrate equivalence. “You have to tell us how many files relied on equivalence that came from competitor products,” she said. “How many are you sure you are really equivalent to? What are your plans going forwards? Which files do you have to update?”

Companies need to be thorough in their analysis because BSI, and no doubt other notified bodies too, are going to be challenging access to relevant information.

There were also questions at the meeting about whether the exemptions allowed by establishing equivalence also apply to products other than Class III and implantables.

Clinical Evaluation Under The Current Directives

Clinical evaluation is required for all products in EU. This includes a Clinical Evaluation Report (CER) that summarizes evidence from the literature, market experience, pre-clinical and clinical data on the device, and the risk analysis to demonstrate that the CE marking requirements for safety, performance and favorable benefit to risk ratio are met.

The earlier versions of MEDDEV 2.7/1 left some leeway for the interpretation of these requirements resulting in a lack of harmonization in their application.

The new MEDDEV 2.7/1. Rev 4 is much more prescriptive, and raises the bar substantially, according to Sarah Sorrel, president of Medpass consultancy. She also pointed out that the link between the clinical evaluation and other aspects such as risk management and post-market surveillance is clarified in the new revision.

Moving To The MDR

Turning to the requirements in the future Medical Devices Regulation, ABHI's Brown commented that there is a shift in emphasis in the text that raises liability issues tied to manufacturer efforts to prove compliance.

The availability of medical expertise within companies is not always as strong as it could be, he noted, so companies need to have clear documentation that describes the nuances of why they can claim clinical equivalence. The rationale needs to be robust enough to resist notified body challenge, Brown stressed.

But, when it comes to clinical evaluation, it is likely that many find the wording of the Medical Devices Regulation long and complex, leading to a degree of confusion by companies.

John Brennan, director regulations and industrial policy at Medtech Europe, said that getting clarification on clinical evidence requirements is one of the three top MDR priorities for the industry trade group. He believes industry needs to get clarity now so that it can effectively plan and comply in time.

He said the MDR features insufficient detail on the extent of data expected; incoherent definitions and terminology, as well as overly complex text; inconsistent use of terminology; issues on how to practically demonstrate equivalence; and matters surrounding the practicalities of addressing post-market clinical follow-up and annual reporting requirements. 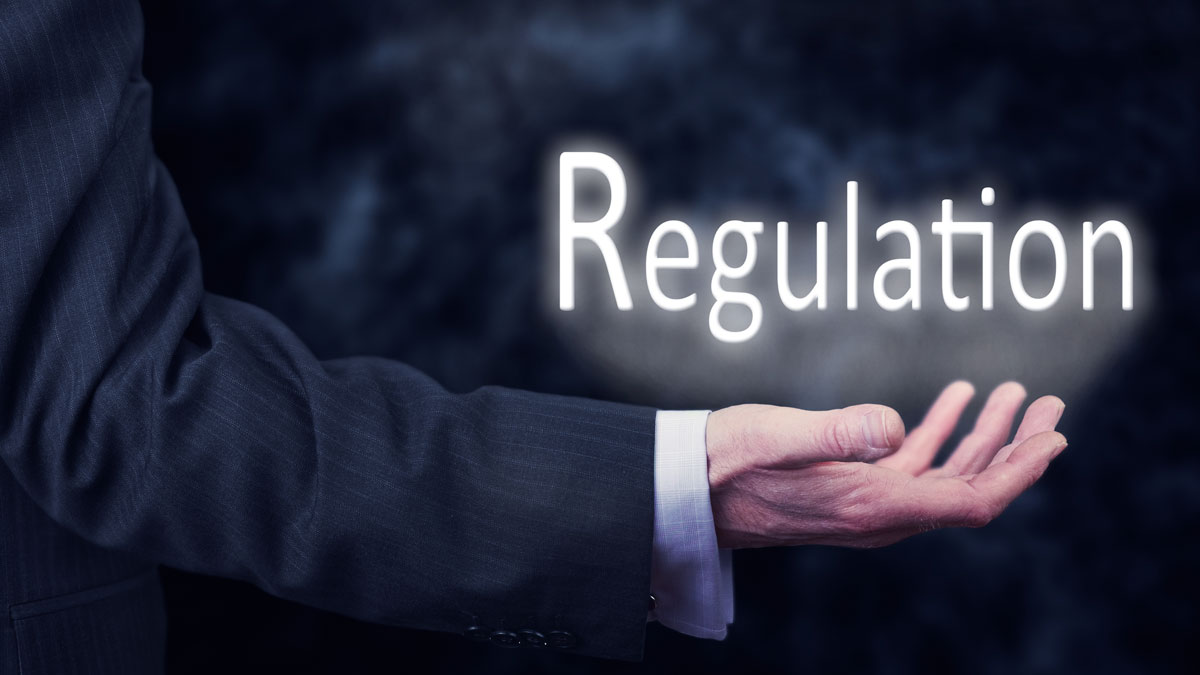 Interview: EU Or US? Deciding On The Best Market Entry Point Amid Evolving Clinical Requirements